I have been doing so many exciting things around Brake Manor since last autumn that I’ve decided to revisit the blogging idea and maybe pick up where we left off here – but with a little twist. Instead of just a home diary I’d like to add sustainable stuff, healthy living stuff, and anything else that pertains to thriving while consuming little. So! Here’s a quick summary of what’s happened since I last left off:

For the last two years I’ve had a blast shooting for and working with local artists, brewers, movers-and-shakers, and many other wonderful business owners and innovative folks here in town. My photography business took off straight out of the gate and had been going gangbusters. In early 2014, after several months of happily and busily working as an assignment photographer, I began to get restless again. I began feeling as though I needed yet another new adventure. I’ve always wanted to try travel photography and writing so I wound up taking a solo walkabout and lived out of a car in Iceland for 7 weeks. This beautiful adventure completely turned my life upside down in an amazing and terrifying way. I was blindsided by how I simply thrived on living alone in the small cargo space of a car, and being forced to find daily nourishment and facilities, all while spending copious amounts of time alone in the wilderness, taking photos and writing. By the end of this walkabout I was calmer, happier and gentler than ever before (this says a lot from a fiery-tempered Irish lass), I was physically strong and healthy, I laughed often and felt emotions more deeply than I knew was possible; I was thriving in all facets of my existence. Shortly after returning  home I began having crippling panic attacks and depression, I raged and sobbed daily over the many world injustices I had no control of, and thus began to hide away in the house for weeks on end because my brain was brimming with negative worries and an overwhelming feeling of helplessness. I nearly ran away to live life as a car-living vagabond. After a few months of constant introspection (because ain’t no body got time for this garbage! I’m a fixer. I wanted to feel better again.) I learned that the only thing that calmed me and made me sane again was the act of bumbling around in my big yard and focusing on, and caring for, the small things for which I could make a difference. I quickly realized I had to be the change I wished to see in the world and needed to stop worrying about what everyone else was doing (a novel thought, eh? Worry ’bout yo’self!).

Once that idea clicked in my head  I decided, again, that it was time for another lifestyle change just like the one Jason and I had made when we got out of debt and moved into our little brick bungalow, Brake Manor, in 2012. I decided I would find my peace by focusing on making the day-to-day tasks of life more joyful and by learning to live sustainably. The Icelandic sustainable way of life really had a hold on me and wasn’t about to let go.

A few months before this new revelation Jason had changed companies and quickly received a raise for being so awesome. Between his raise and my side-gig as landlady we were making ends meet enough to allow me the privilege of slowing down the photography flow and taking on yet another new adventure (thank you, sweet husband, for always being so generous and supportive of my wacky new ideas!).

So for the last few months I have pulled myself back together by way of learning. I’ve been learning how to ferment foods, live off the land, be handier around the house and yard, and how to simply be happier with less.  I’m at the point again where I’m happy, healthy and passionate about waking up each morning. That’s huge. That’s so very awesome. That’s … Oh hell, I’m back, baby!

I have recently begun working with the amazing folks of the NoCo Maker Faire and we’re adding a sustainable living portion to the upcoming fair in October, so stay tuned for that!

So, welcome to my next chapter of Brake Manor living. Join me, won’t you?  Let’s start doing awesome things that make us happy and just happen to leave the world a better place than when we inherited it. <3 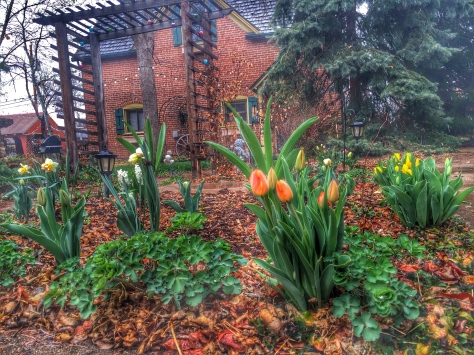 Alanna is a free spirited, techie-turned-entrepreneur starting a new adventure in a vintage cottage with her awesomesauce hubby, sassy cat and a little green flying monster